How does the Satellite get into space? Usually, a satellite is brought into space by a rocket. But how does the rocket get there? Rockets are filled with fuel and oxygen, which burn very fast, propelling the rocket away from Earth. You can try your own little rocket experiment with a balloon. Blow up a balloon with air, and then let it go. All of the air escapes from the balloon, and it flies away! Like the balloon, a rocket will fall down to Earth when it runs out of fuel. Scientists are sure to launch rockets where they will fall harmlessly back into the ocean. Because rockets always fall back to Earth, they are used only for launching space craft and probes, and not for space travel.

In 1969, Apollo 11 was launched on a rocket. When the mission was through, Apollo 11 splashed back down to Earth in the pictures seen below.
(Click on the image to see a larger picture)

Rockets are very important for the launching of Space Shuttles. Two rocket boosters and a huge fuel tank propell the shuttle 200 miles above Earth. The boosters and fuel tank will fall back to Earth soon after launch, but the shuttle will stay in space until the flight crew decides to bring it back to the ground. 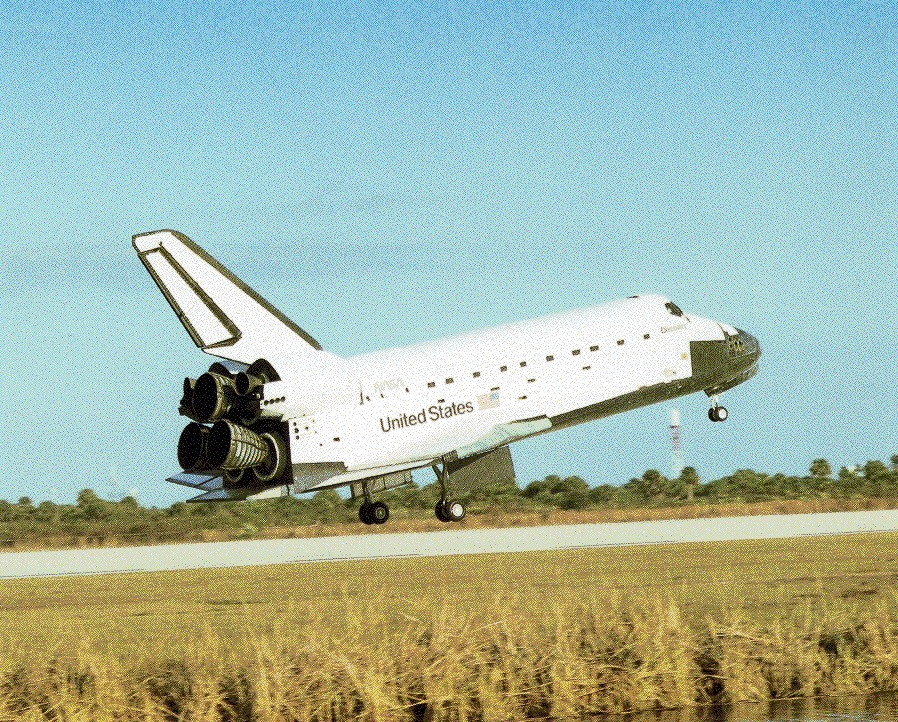 For More Infomation about Space Travel, Try one of these great sites!